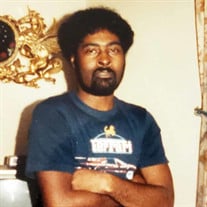 Donald Lee Deloatch of Seaboard, NC entered into eternal rest on Tuesday, January 25, 2022. He was born on September 14, 1956, to the late James Titus Deloatch, Sr., and Gerline Jefferson Deloatch Beavers in Northampton Co., NC. He was a Mechanic... View Obituary & Service Information

The family of Donald Lee Deloatch created this Life Tributes page to make it easy to share your memories.

Send flowers to the Deloatch family.