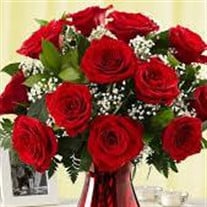 LaTonya Travia Cooper affectionately known as "Missy" of Laurel, MD departed this earthly life on Saturday, September 15, 2018 in Maryland. A native of Hertford Co., NC she was born on December 10, 1975 to Wallace Cooper and Cheryl Beale Graham. She... View Obituary & Service Information

The family of LaTonya Travia Cooper created this Life Tributes page to make it easy to share your memories.

Send flowers to the Cooper family.